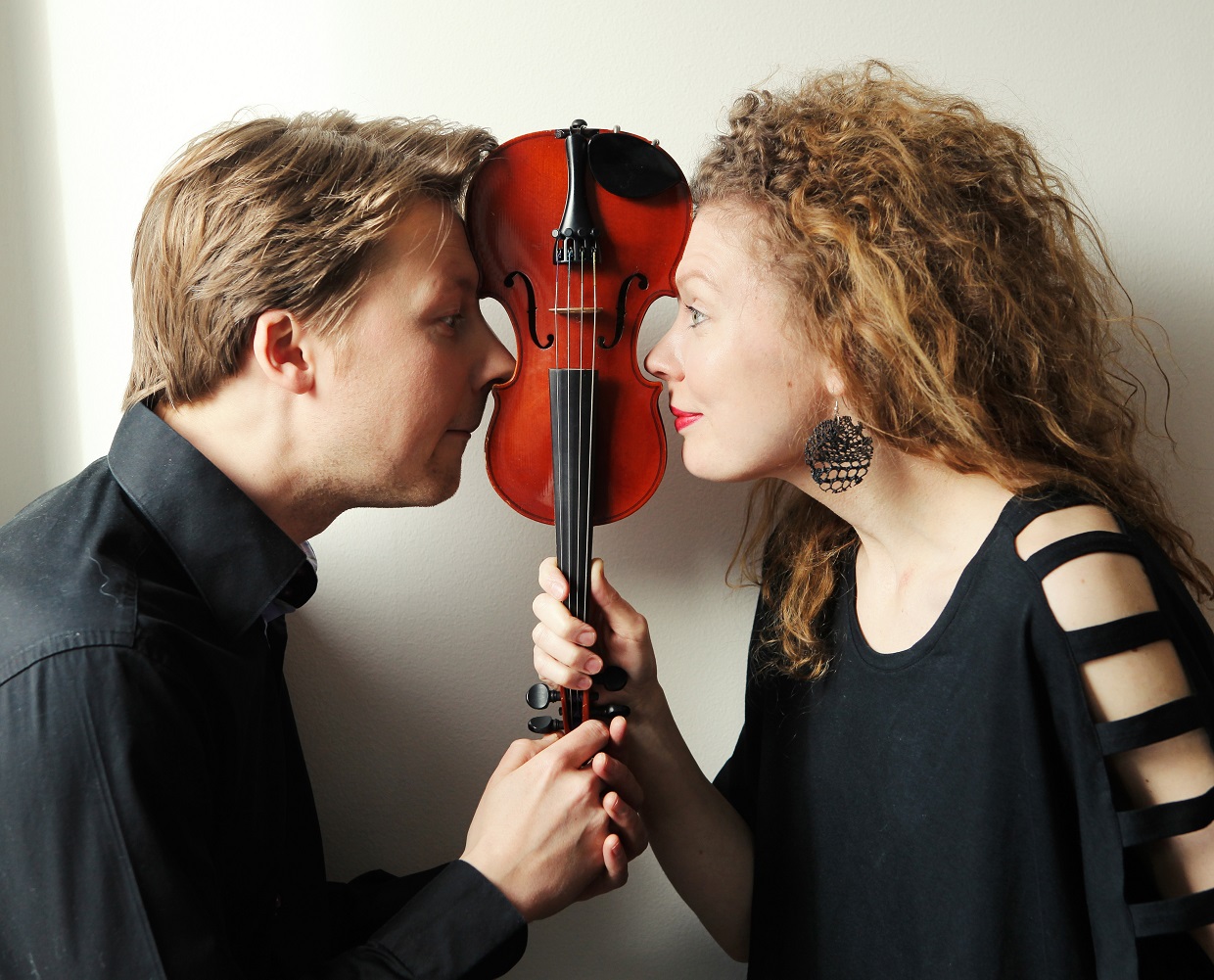 In October of 2021 Minna Pensola and Antti Tikkanen were chosen as new artistic directors for Kuhmo Chamber Music.

Minna Pensola plays in the string quartet Meta4, and has appeared as soloist with almost all the Finnish orchestras. In 2008 Pensola founded the Klasariklubi in Helsinki, which combines the leisurely atmosphere of a bar with an opportunity to hear live classical music. She also established the PuKama chamber music association, a joint project between her and her husband, the violinist Antti Tikkanen, one intended to liven up the chamber music scene in the Finnish capital. Minna Pensola teaches violin at the Sibelius Academy and was Artistic Director of the Sysmän Suvisoitto festival from 2006 to 2012.

Minna Pensola’s instrument is a Carlo Bergonzi violin from 1732, owned by the Signe and Ane Gyllenberg Foundation.

Offstage the swinging up-tempo is maintained by two daughters and two cats.

Antti Tikkanen is originally from Oulainen, Finland, though he later settled in Helsinki. He began playing the violin at the age of seven. He then went on to the Sibelius Academy, studying under Lajos Garam initially, and then Mi-kyung Lee. He also studied under Zinaida Gilels and Pavel Vernikov as well as learning baroque violin with Kreeta-Maria Kentala. At the ECMA (European Chamber Music Academy) his main teachers were Hatto Beyerle and Johannes Meissl.

As a member of the Meta4 Quartet, Tikkanen plays chamber music, but has also performed as a soloist with the principal Finnish orchestras. He organised the Kamari Soi! event in Oulu, and in his present city of residence he and his wife, violinist Minna Pensola, run a project known as the PuKama chamber music association in central Helsinki, which organises concerts throughout the year. Antti Tikkanen was Artistic Director of the Finnish Baroque Orchestra from 2014 until 2017.

He has available to him a Stradivari ‘ex-Berglund’ owned by the Finnish Cultural Foundation.